Sundaram ( click here - My Amigos ) , continues to amaze me with his flamboyant English writing skills. Let me relate one of his master piece comedy. 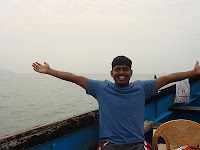 Fine Christmas eve and Sundaram the nice guy he is, started to send out greetings His Greeting read as

He sent this across to Friends, Colleagues and Clients as well . Friends and Colleagues knew about Sundar's articulation very well, but then his Clients... hmmmm poor them, as they see him more often with his manager and he does not do the talking, so they know little about him. So one of them replies back to him on a light hearted note as

" Hi Sundar, Christmas wishes to you as well, but am sorry I cannot Marry Christmas and have a Happy New year "

Now most of us know in Hindu culture its a tradition that if there has been any death in the family over the year, then there will not be any celebration in the family. Our Great soft hearted Sundar assumed that some major death happened over the year , and sent back an email as

"Am very Sorry to hear you cannot Marry, my sincere apologies for the death on your side. Hope your soul Rest In Peace" , so much innocencent he is yu know! :)

His Client immediately called Sundar on his mobile to clarify things. Sundar's manager who was nearby talked to his client and explained his other comedies for which his client burst laughing :) !

Ever since he is been mocked as Mr.Marry !

Now the important part is that most of the above are true with the rest as my disclaimer always goes ...as usual up to the reader to determine which is true and which is not :)

Hey Everyone....am not gonna try to slice your ears again, this post is just to show how lovely my friends are :) , I have planned a tit for tat on everyone and I shall post it soon on what consequences they went thru!
It snowed heavily here and we set out to play in the Snow and I never realised everybody were soo much affectionate on me, so affectionate that instead of showering with blessings and free stuff they pelted their kindness with Snowballs, and me the very steady boy could not do anything but escape from the scene! I had a very gud pair of shoes which are never slippery and i could skate on the ice, but the video says otherwise!
The Video is self explanatory about what happened to me, I'll not say any more than this...
click to view--> on youtube

Magesh (The guy finally who showers his friendship on me) , if you are reading this .... Long Live yourself...) Thanks to Naga, Raja,Saravanan and Rajesh for the teamwork !

Every one takes up resolutions for the new year, then I thought if Chriz can take up new resolutions and follow em, then so can I :D , 2 0 1 0 is indeed special it resembles my marks in college, well single digit in each subject actually.

2009 was a funny year, well almost all the years have been funny for me , so a lil of the past and future titbit's around me 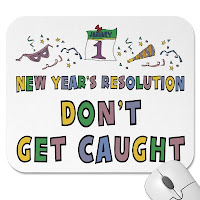 I realised that Pepperoni is primarily of meat and Pepperoni Pizza is not made of Pepper :(.

I also realised that self goal in football does not count and will not be tolerated.

I will bully a kid only after checking am safe to run and not surrounded by his friends.

I will never play cricket with street kids, could not afford losing another match.

I realised TV shows are not just soaps, serials and more like Wife Swapping, who is the father of this child, Take me out .... gulp!

Calories!!!! I made my mind , that I'll will not buy any more chocolate cakes, chocolates to be weight conscious but ,rather eat them when it comes as free.

A New Year's resolution is something that goes in one Year and out the other.
-Anonymous

Hmm I guess this is enough of my rantings and gimmicks for the 2009 year , am looking for a year 2010 with lots of work and I promise my blog readers ll try to humor them with my funny bone and not ask them to laugh in the name of slicing their ears. Take care everyone and wish you a super year with God's immense blessing.
Posted by HaRy!! at 3:24 PM