Corporate Kirukal : What is Bench??

If you are in a software company, you would probably be able to relate much easier, please do read on if you are not.The post is a tribute and insight to lakhs of people who are not assigned in a project and wander around the organization in search of one.
OK, how do you find them?

The term came into picture thousands of years ago and research points to “Mahabharata”. Remember Kauravas, the 100 brothers led by Duriyodana and Duchadana? Yes, rumor has it that all other 98 brothers were placed on bench by the great saint Veda Vyasa and call it either non-performance, lack of opportunity to prove oneself or sheer coincidence they were executed in kurushetra or in management terms performance appraisal time.

Coincidence: The coincidence is remarkable and cannot be shrugged off easily. Fast forwarding to current scenario we see bulk of Software professionals in Bench, not knowing why they are and wondering where to go next. The organization makes use of them in every possible way; they are sometime the testers, then a developer, all of a sudden in production support, creating reports, Kings of Excel, Power point presenters. The same way in Mahabararata, the 98 Kauravas were bent to every possible vacancy within ; swordsman, archer, gambler and finally had to nod along with whatever Duriyodana decides in the similar way our modern day professionals agree to whatever is being asked by the organization/management to do so. 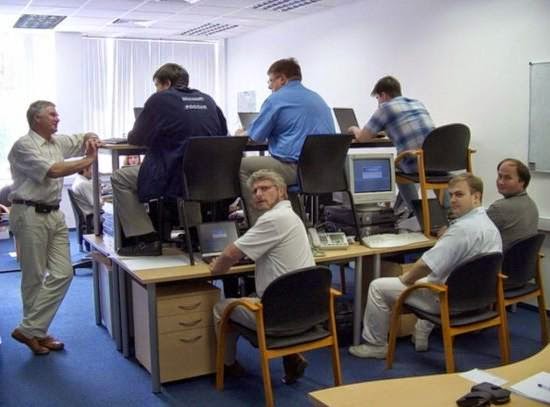 There are various other assumptions from the society, they are sometimes considered to be incompetent and of not much use. However let me quote an example, take for instance in a movie or a song we see the hero and heroine dancing or performing a scene, we see various side artists in the screen as well. As the scene demands they keep walking from left to right, talking on the phone, sometimes get beaten up (poor fellas), however the movie is not complete without them. Folks in bench are like them, you see them every day, but they remain anonymous and important to the organization.

To sum up with a punch dialogue “Employees in Bench are like the bunch of coins in your wallet, waiting to be used! Not at the right time, but eventually”