Yet another post on fitness and the aero-dynamic bodies!There is an other message at the end of this post as well :) !Each one of us aim to build a physique so that our profile pic on facebook has so many comments, some of us tend to work out till the gym lights go out.(me)

So I have put up some of the pictures of the celeb's/models/people/actors whom we try to imitate and work out.
ArNoLd : 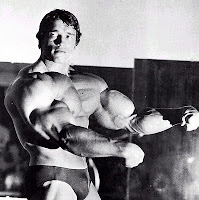 His physique has been the dream for so many for decades. In this attempt they even try to pose with underwear's regardless of the body they build, like the next wannabe.Plenty of aspirants out there don't know how to pronounce his surname, but they still are a Arnold wannabe. 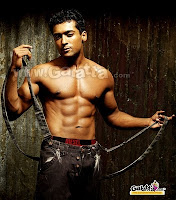 SuRyA : This Guy brought a revolution in the Tamil movie industry, his six pack in Varnam Ayiram made several South Indian actors and people all over south India to work out heavily. My six pack is duly dedicated to Surya as he charged me up with his diet and physique. Note : There is no humor in my statement,so that makes it true.
KaReEnA : Size zero means Zero marks in a relationship, after the big zero she gave to Shahid 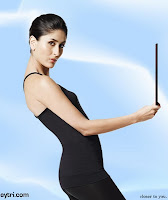 she turned her focus towards something called Size Zero Pepsi bottle label shape. Most of the women hood practice being Kareena. Oh I mean in giving Zeroes in relationships... not the body

TeRrOr RoMeO RaJeNdAr : Easiest shape to build, now that's what you might think. But this youngster (he claims himself in an interview) has been trying to bring this shape ever since his old age :) ! Rumor is that Tsunami broke out years earlier when he started to worked out in the mid of Indian Ocean.Known as Single Pack Tsunami!
AaMiR : 8 Packs of steroids...I mentioned that by mistake sorry. OK, Aamir

's Ghajini look made all the aunties go GAGA and soak in jollu.
cApTaIn : He is known as The Captain in TN after his 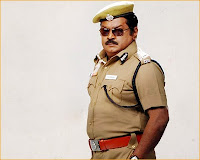 heroic fight against Pakistan terrorists, Election disruptor's,gundas, and old ladies. In order to fight against the evil you ought to build a shape that terrorizes the opponent and he perfectly carved himself.He was the oldest trend setter in Cops academy that, its not mandatory for cops to be fit.
wHo : Probably the one physique or shape that we all never desire, nor did the kid.
. 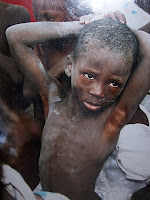 Hilarious in the beginning and middle but ended with moist eyes at the end.Thanks Hary I liked reading the post

All other pics in this post, I don care anymore...:P

HaRy, you are always a ribtickler...:P

Thanks for dropping by again!

The message was good at the end and caught my eye and heart as well..:)

Once again fun as usual.:)

Serious to funny to pitiable! That's the true emotion I got after reading ur post! Gud One Hari!

konjam comedy than, but made me to think at the end..

hehe... i liked kareena's body before now i dont. i love surya's body. the last pic make me sad

Nice blog hary :) but dont try to work out nd become like Arnold... nd u know the reason

hmm...funny as ever but last-la romba touch pannittenga. made me appreciate all the good that i have in my life.

that was so good...surya is awesome illaya? Six pack or an eight..try being good guys..the rest will click..:)

Hmm I dont think many women prefer a body like Kareena!!!

And whats with the message now a days? You seem to follow "Laugh but think" strategy. Appreciate it. Keep up!

i'd say a wonderful post... hopefully it made ppl think and more importantly act...

i u could add some helping orgs like unesco, cry, red cross... it would be wonderfully helpful

dude, your award is the most funniest blog award, not the sweet candy one :P

nalla message sare..
a nice combination of humour & a good message too :)
cheers !!!

~Harini.. surya ya i know... all of the females out there!

~Bindu...nala iruka? unga comments only i wait for!

~Rishi...yep yep yep... will do!! thanks for the suggestion!

~Thousif.. Hey man... well how come i missed it! thanks will take it up!

HaRy kudos mate.. I started with a smile seeing the pics or arnold and all.. But the last line made the smile vanish and a POWERFUL message .. But dont you think we all need to work for it and do something ... Pity as they say in UK we waste more food then we actually eat if Only .. all of us did something :)

wow!
You are awesome.
It was funny in the beginning but at the end I was like :(

First time a senti post from you... not taking out anything in humor :) :)

nice...I liked the fact that u point out many social evils in a humorous way :P good...keep up the good work!

the ending was a bit sad dude...but nevertheless the thought counts!!!

Hmmm Hmmm. I thought it was a humorous post but then u have a knack of attending humor with reality. dark humor! Keep writing.

Hey Hary!
You’ve got six packs?
*going now to check your facebook pictures with a more discerning eye;-) and a wink of course*
You so subtly remark on things that smiles become hard to resist...
Loved your remark on Terror dude!

P.S. Hey I have a little award for you on my blog...please get your gracious tashreef there n accept it;-)

kya huwa hari, suddenly in to just a great blogging.. read few of yours, its interesting...

good thoughts... do great to the soceity... wish you all the best..

hillarious take on captain and kareena...
but the ending was like Ouch!!!

Very funny and apt summing up.
The picture down at the end is the physique what we always forget and want to believe docent exist.

Rib tickle and heart throb ... .... My God, the greatest curse for humanity is starving... we are unable to forgo even one meal. I shudder to think of people who cant eat even a meal. I have also written some posts on this.

I can well Imagine, how Rajendran would have looked, while working out...ha ha ha


Do visit my page:
http;//anandmaddy.blogspot.com

Hey, you've been tagged!
http://lifeasitmeans.blogspot.com/2010/06/9-things.html
I dont know if you like tags...but I thought you could convert this into something funny...:P

fantastic,... love those photo's the skinny one doesn't ashame to post for a pictorials

You get us all thinking by the end of the post!

btw...why the mention of steroids only for aamir??? surya use pannala-nu solriya??? salman is the only original body builder in indian cinema industry. paavam evalo varusham ozhachu body build pannan. then one after another hrithik, aamir, surya, SRK...ivan avan elllarum build pannittanga.